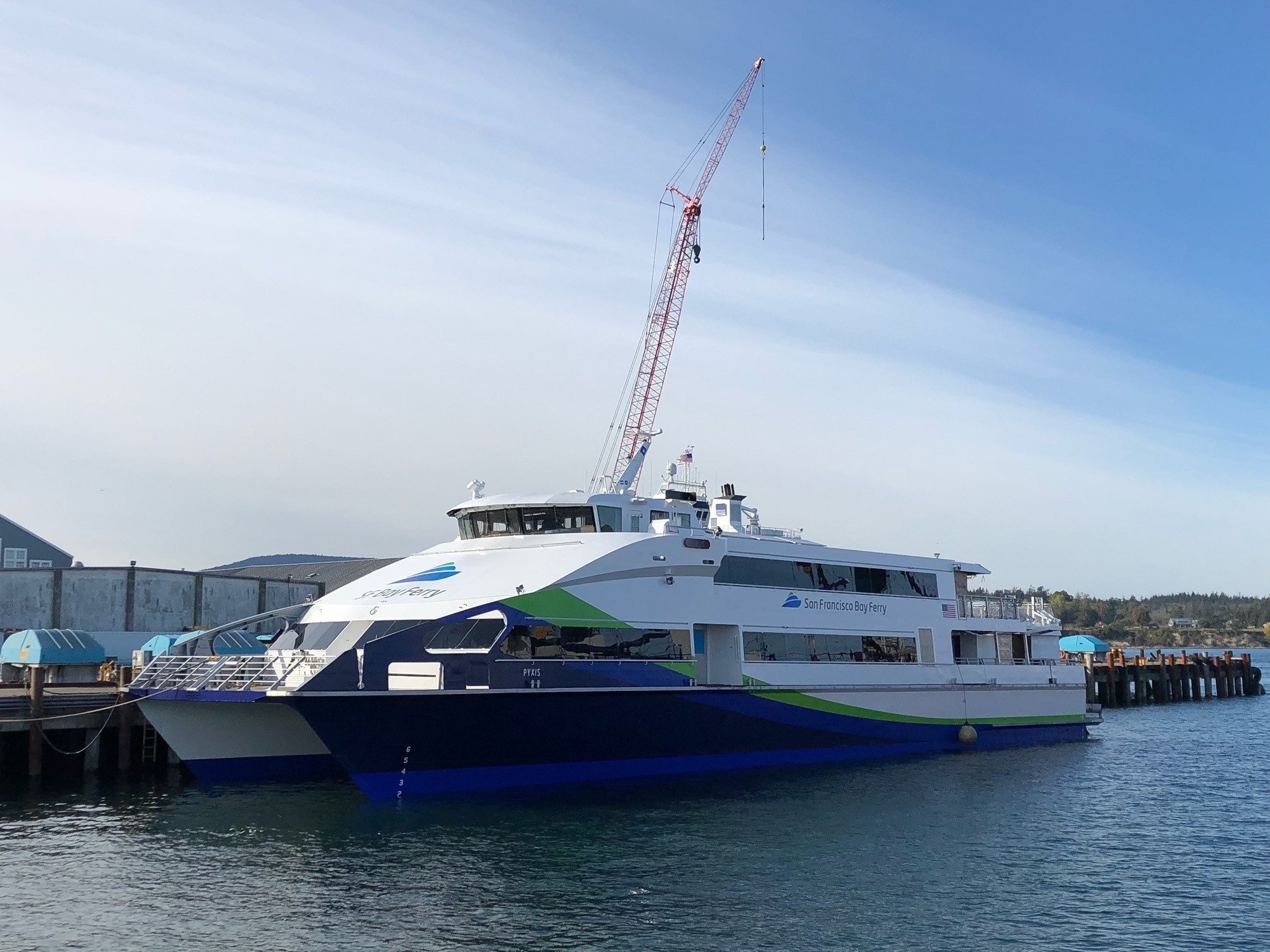 For service in San Francisco’s North Bay area, including Vallejo

Dakota Creek was awarded a contract by the San Francisco Water Emergency Transportation Authority (or WETA) to build 3 new aluminum catamaran-style passenger-only fast ferries.  AMD Marine Consulting out of Australia has been chosen as the naval architect.  Since 1997, DCI has constructed 6 fast ferries with AMD, which includes the Solano, Chinook (now Golden Gate), Snohomish (now Napa), Del Norte, Intintoli and Mare Island, all of which are currently in service in the San Francisco Bay area.  The design for these ferries has been modeled off of the Solano, with modifications to increase passenger count from 303 to 445 with still reaching the required speed.  These ferries will be equipped with MTU Tier IV engines and waterjet propulsion by HamiltonJet.  The travel times, ease of use, and comfortable amenities of these ferries appeal to commuters and vacationers alike while aiding in reducing traffic congestion and vehicle related pollution.